Symptoms of SSRI withdrawal are usually mild, go away on their own, and last about one to two weeks.

SSRIs (selective serotonin reuptake inhibitors) are the most prescribed type of antidepressant medication. They work by blocking some reuptake of serotonin, helping to elevate mood.

Examples of SSRIs include:

Withdrawal symptoms usually occur within three days of stopping SSRIs or initiating a medication taper, but in some people, reactions may occur within hours of the first missed dose.

Symptoms of withdrawal are usually mild, go away on their own, and last about one to two weeks. 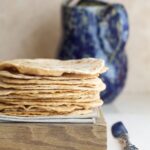 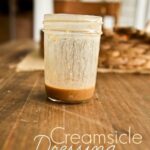 Next Article The Perfect Salad with Creamsicle Dressing and Candied Nuts

Sales Are Booming, But Activity Is Plummeting. Why?

Rockland County is ranked the seventh healthiest county in New York. On Tuesday May 10, MVP Health Care, the Village of Haverstraw, and National Fitness […]